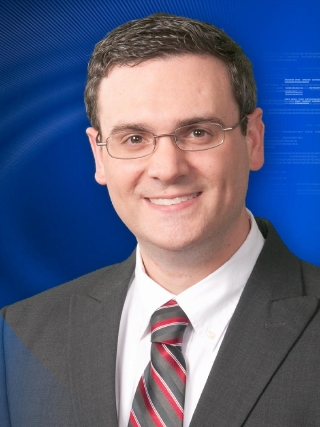 David grew up in east Tennessee and has always had a love for weather.

He also worked part-time for WCYB in 2006 before joining BBB Cable TV12 in Oak Ridge, TN for a year.

David ranked in the top 6% of forecasters in a national contest and won a local forecasting contest while at the University of Oklahoma.

David obtained his AMS Television Seal of Approval in April of 2009.

David, his wife Jennifer, son, and daughter, love getting out and seeing East Tennessee and Southwest Virginia. They also enjoy serving the community through their local church.

Join David and Preston on News 5 Today and News 5 at Noon!