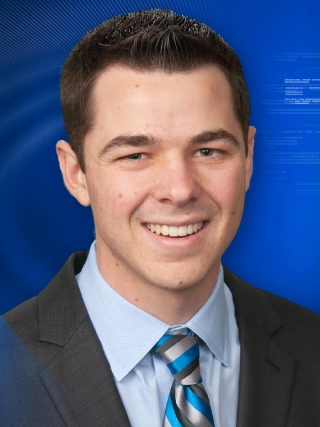 Jarvis comes to the Tri-Cities from Southern California. He was born and reared in America’s Finest City, San Diego, but obtained his B.A. at California State University, Northridge in Los Angeles, majoring in Broadcast Journalism and minoring in Communication Studies.

During his college experience, he interned with Fox Sports Radio, the Fox 5 Morning News in San Diego, and ABC 7’s sports department in L.A. His favorite assignments include the 2016 MLB All Star Game, 2017 NHL All Star Game, along with covering games and press conferences of the professional and collegiate sports teams which included the Lakers, Dodgers, Kings, Ducks, USC, and UCLA.

At CSUN, he was involved in student run television programs Valley View News and On Point in addition to the campus radio station, KCSN. Notable works include a feature story on former Los Angeles Dodgers’ announcer Ross Porter’s return to the broadcast booth and hosting a panel discussing public transit in L.A. These stories helped earn him the Steve Fishman Memorial Scholarship Award, awarded to a student “who has shown a marked capability for broadcasting sports, news, or other programming.”

If Jarvis isn’t covering the news or sports, he’s probably watching sports on T.V. or going as a fan, playing golf, in the kitchen cooking or baking, competing in board games with family and friends, attending musical theatre, or reading a good book.

Have a story idea or just want to say hi? Email him at jmharen@wcyb.com or hit him up on social media.