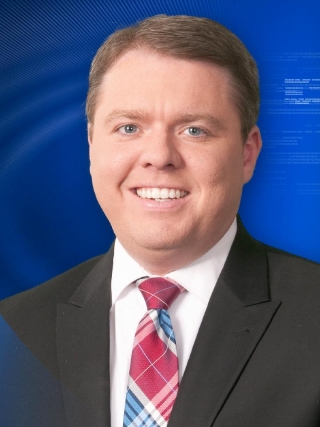 Preston joined the News 5 WCYB team as a news department intern in 2003 and became a full-time reporter/videographer in 2005, and was promoted to weekend anchor 2008. Preston became anchor of News 5 WCYB Today in November of 2012 after WCYB legend Johnny Wood announced his retirement. He began anchoring News 5 at Noon in January 2014.

Preston grew up on a farm in the Bowmantown community of Washington County, TN. After graduating from Daniel Boone High School, he went on to earn a degree in Mass Communications from East Tennessee State University.

Anchoring and reporting local news has been Preston’s dream since he was 12 years old. Legendary University of Tennessee play-by-play announcer John Ward once told him to call a radio station and ask for a job if it’s what he wanted to do, so he did. Preston’s broadcasting career began at WGRV and WIKQ radio in Greeneville, where he spent five years as a disc jockey and news reporter during high school and college.

Preston attends Gray United Methodist Church. He also serves on the board of directors for the Appalachian Fair.