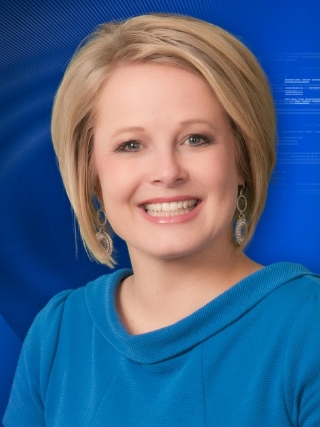 Rebecca moved to the Tri-Cities in 2005 after living in Columbia, South Carolina for 5 years and working for WIS-TV.

She grew up in Canada, and got her undergraduate degree in Ontario at Queen’s University, before moving to upstate New York to pursue a master’s degree in broadcast journalism at Syracuse University.

She was the original news anchor for Fox Tri-Cities News at 10, and she began co-anchoring on WCYB in 2007.

Rebecca has worked on a volunteer project to raise money for wounded veterans that resulted in a book called Faces of Freedom: Profiles of America’s Fallen Heroes ~ Iraq and Afghanistan. The book profiles one fallen hero from each of the 50 states, D.C. and Puerto Rico, with the proceeds going to Fisher House and Wounded Warrior Project.

Rebecca and her husband Derek have two children and a rescue dog.