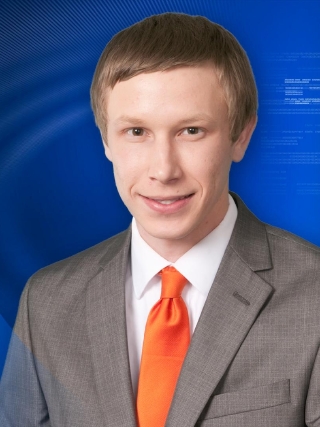 Ricky Matthews is the weekend evening meteorologist and Sky 5 Pilot at News 5 WCYB. Ricky graduated from the University of North Carolina at Charlotte, where he got his Bachelor of Science degree in Meteorology. While in school, Ricky interned at WTKR NewsChannel 3, Time Warner Cable News and NBC Charlotte.

Growing up on the coast, he has experienced several hurricanes including Isabel in 2003, Irene in 2011 and Sandy in 2012. In 2014, he was inside the eye of Hurricane Arthur as it came ashore on the NC Outer Banks. The communication issues that existed with Sandy peaked Ricky’s interest in the social science of weather. To him, you have to communicate the forecast well for people to understand it. It’s not enough to just get the numbers right.

Ricky is also an avid pilot, having learned from his grandfather. He got his pilot’s license at age 17 and since then, has logged around 100 hours of flight time. With his pilot background, Ricky is also responsible for the operations of our Sky5 Drone.